Musings of a Christian Geek about the Word, Geek Culture, Science, Music, Movies, and anything that is deemed noteworthy.

Bias Against the DCEU? The Numbers Don't Lie 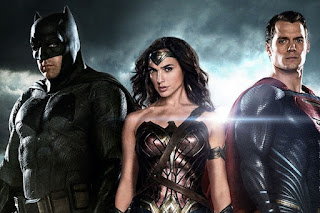 Much ado has been made about the apparent “messes” that both Batman V. Superman and Suicide Squad have been this year. It’s safe to say that I am not siding with the critics on either movie and, apparently, neither is the movie going audience with Suicide Squad receiving an 70% from the audience versus the 27% average per critic rating on Rotten Tomatoes. Even Batman V. Superman (BvS) had an average rating per audience member of 65% as opposed to the same critic percentage as Suicide Squad. What is puzzling is the amount of vitriol pointed towards these movies. IGN is still posting videos about how much they hate Suicide Squad (SS) two weeks after has been released.

Let’s look at some evidence in the form of the competition. We are three movies into DC Extended Universe and each movie exhibited ratings of 75%, 65%, and 70% for Man of Steel, BvS, and SS respectively. Now let’s look at the first three movies of the Marvel Cinematic Universe: Iron Man, The Incredible Hulk, and Iron Man 2. Iron Man, obviously, was universally loved by all garnering a 91% score from the audience; though, the next two movies were not so lucky at 71% and 72%. If we include Thor, it exhibits an audience rating of only 76%. Thus, the scores (save Iron Man) are not that different. It is also interesting to note that each of these MCU movies has an almost identical critical score on Rotten Tomatoes.

Another example of failure used by the media is the drop-offs of money earned between the first and second weeks. This is quite disingenuous as we see from BoxOfficeMojo.com that huge drop-offs are a thing to be expected with any huge movie. We are told almost victoriously that SS had a drop-off of 67.3% between it’s first and second weekends and BvS had a drop-off of 69.3%. However, have you read any article showing us that Captain America: Civil War had a drop-off of earnings of 59.5% between it’s first and second weekends. Deadpool had a decrease of 57.4%, X-Men: Apocalypse had a decrease of 65.3%, Avengers: Age of Ultron had a decrease of 59.4%, and Ant-Man had a decrease 56.5%. While, yes, the DCEU had movies with bigger drop-offs, the differences are quite similar between seemingly all superhero movies. Marvel hovers around 60% financial decreases with its movies and those all have boosts of near-universal praise from the critics.

Looking at these raw numbers, there is no question a media bias exists against DCEU properties no matter how many articles condescendingly toss that notion aside. The question is, “Why does this bias exist?” The first thing to look at is the reality that DC has been late to the party and this puts the company at a severe disadvantage. I wrote in my article about Man of Steel (which is still my favorite Superhero movie) that critics have had a hard time letting go of the Christopher Reeve version of Superman and feel like they are somehow insulting his portrayal by liking the DCEU’s Superman. I feel like the same thing might be happening with critics in that they love Marvel so much that they have a hard time accepting any other type of superhero movie.

Another issue that DC has to contend with being late to the party is that they are damned if they do and damned if they don’t. Green Lantern was an attempt by DC to do things Marvel’s way and it was a critical, audience, and financial failure. This prompted DC to follow a successful avenue they knew and that was The Dark Knight Trilogy by Christopher Nolan, a much darker take on comics than your average Marvel movie. Rather than give DC its due for creating movies distinct from the Marvel feel, critics have derided these efforts. Audiences seem to be much more on board.

Another idea, which has been posited by DC fans, is that many of these critics are being paid off to deride the movies of Marvel Studios’ rivals (i.e. DC and Fox). This has been thrown out as ludicrous by a number of articles from sites like io9 and ScreenRant; though, these accusations cannot be totally dismissed due to precedent of critics being bribed for good reviews in the video game industry. I am not a proponent of the overall theory that all of these critics are being paid off by Disney or whoever; however, they wouldn’t have to be. Rotten Tomatoes has been under scrutiny about it’s scoring system in the past and, in many cases, is totally subjective on what reviews are considered “fresh” versus “rotten.” Critics would not have to be bribed, only Rotten Tomatoes.

It seems the media cannot help being biased one way or another in any aspect of modern day life. It looks like in the eyes of the critics, Marvel Studios has already won their hearts and minds and they have little room for the DCEU. 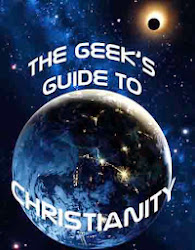